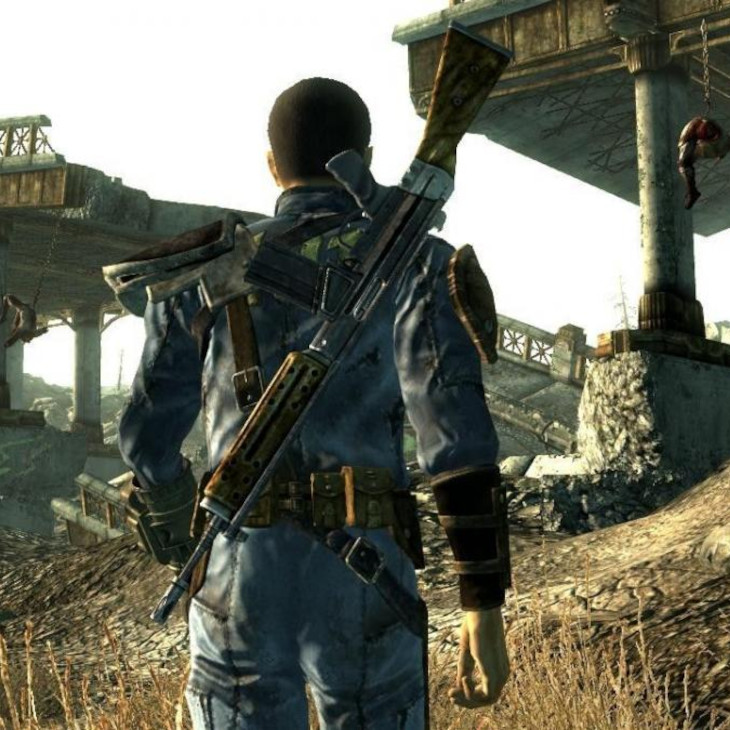 Fallout 3 is set in the post-apocalyptic world of 2077, 36 years after the events that took place in the second installment. This game world features even more anger and cruelty. The playable character does not come from the previous game. The main character grew up and was brought up in Vault 1 and, as far as (s)he remembers, never saw the outside world after the nuclear disaster and did not know people coming out of there. However, his (her) father left the vault and never returned, which caused perplexity and several questions. You will have to go in search of your father and understand why he dared to go into a world full of dangers.